Landscape Arch is among the five longest spanning natural arches in the world (the other four reside in China).  When comparing these five arches, Landscape Arch stands out in a dramatic way as it is only six feet thick at its narrowest point!  The other four contenders for the title of Longest Arch are stout, massive rock formations and are nothing like this fragile, dainty favorite in Arches National Park.  Giant boulders are strewn about under its impressive span as evidence of both its creation and inevitable collapse.   Geologically speaking, Landscape Arch is a senior citizen in relation to the much younger arches in the park and is nearing the end of its life cycle.  Anyone who visits this geologic wonder feels compelled to acknowledge that it may not be there the next time they return.  See it while you can!

In a few instances in the 1990’s, slabs of rock, some as large as 73 feet (22 m) across, fell from the arch to the path below.  Historically, the hiking trail included a loop underneath and behind the arch; but due to these rock falls it has been closed, and visitors are no longer allowed underneath the arch.

The hike to Landscape Arch is 1.6 miles (2.5 km) round trip and takes about an hour. The trail is easy and well-marked.  Landscape Arch is in a section of Arches National Park called Devils Garden which has the largest concentration of significant natural arches in the world.  The entire Devils Garden Loop is over 7 miles (11 km) and a difficult primitive trail.  Many visitors select smaller portions of the trail to hike.  Very near Landscape Arch are some side trails that lead to close by arches that are worth a quick visit.

THIS EXPERIENCE IS AVAILABLE ON THESE TOURS 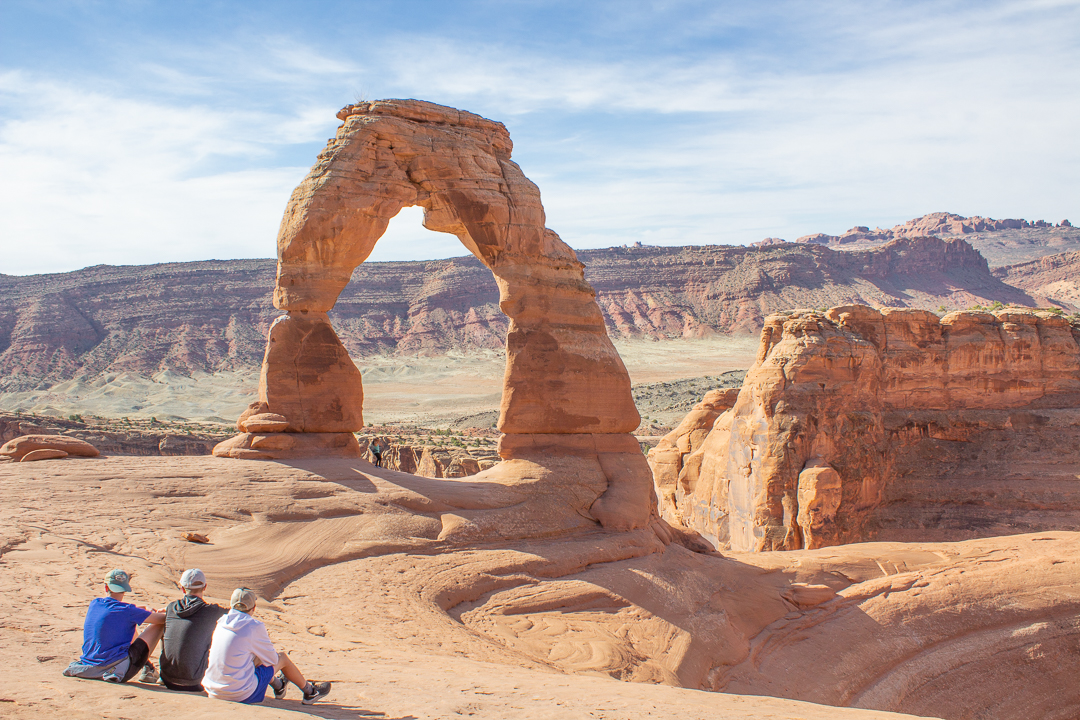